Are High Turns Killing Your Profits?

But during the ’80s, that began to change. As suppliers increased their minimum order requirements to reduce their shipping costs, it became increasingly difficult for distributors to enjoy the same level of turns they had always strived for and to which they had become accustomed. That certainly has not changed as we have moved into the 21st century.

To be clear, turns are definitely an important metric, but they are only one of many that your company should be concerned with. Only looking at turns is a bit like looking out the window, seeing the sun, and assuming it will be a nice warm day. Meanwhile, the wind is blowing at 50 mph and the temperature is 18 degrees.

Does that mean it is harder to turn a profit since your turns have been dropping? Not necessarily. In fact, there are actually a few ways that decreasing turns may actually help you be more profitable! The key is finding those areas and taking advantage of them.

Here are three areas that could potentially mean a reduction in your turns, but an improvement in your bottom line:

The first, and most obvious, way where you can decrease your turns, yet improve profits relates to items and times where it makes sense to forward buy. Let’s assume you turn your inventory twelve times each year, or roughly once per month. That would mean that at any given time, you have about a one-month supply of inventory in your warehouse on any given item.

If the supplier suddenly offered you a 25% discount on a few of their items, it may make sense to buy some extra. It could, however, take you six months to sell that inventory. So you have effectively seen two turns on that item for the year rather than the twelve turns you had been accustomed to. However, because you bought it at a discount and sold it at the same price, the difference goes directly to the bottom line.

With the intent of reducing shipping costs, suppliers will often offer price discounts if their customers purchase a full truckload rather than half a truck. On the surface, this could be counterproductive to the distributor. By purchasing the full truck-load from the supplier, you are effectively ensuring a reduction in your inventory turns.

That does not necessarily mean it is a bad idea, though. Just as with forward-buys, in order to maximize profits, it is important that a distributor constantly balance the opportunity for increased profit with the expense of carrying the extra inventory required to order the truckload.

The reality is, every time a truck comes into your doors, it costs you money. There is a cost associated with handling inventory. If you can reduce the number of trucks that arrive at your doors every year, you may reduce the amount of labor associated with receiving, unloading, and sorting. Over the course of a year, this saving can be tremendous.

To be a successful distributor today may require a change in your thought process. Simply focusing on turns no longer ensures you the success it once did. Instead, distributors need to approach their purchasing with a strategy that focuses on squeezing every bit of profit out of your inventory possible. Sometimes that means a reduction in your overall inventory, sometimes it does not. 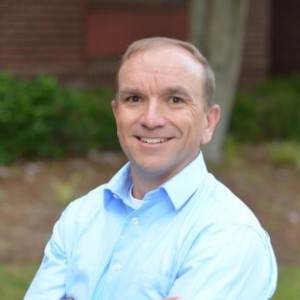 This blog post was provided by K3S, a leading provider of inventory replenishment solutions for wholesale distributors. You can visit our website or contact us today for more information about our services. Thanks for reading! Maintaining the correct inventory level for your wholesale distribution business The Top 3 Supply Chain Challenges to Expect This Holiday Season

The holiday season is a time of year that is

Are You Ready To Buy Smarter?

We want to know more about your business. Complete the get started form to see how we can help you achieve your goals.

Once you complete the inquiry form, we will schedule a call to review your situation and your questions.

After our consultation call, we will crunch the numbers and present the results you will reach working with us.

We use cookies on our website to give you the most relevant experience by remembering your preferences and repeat visits. By clicking “Accept”, you consent to the use of ALL the cookies.
Do not sell my personal information.
Cookie settingsACCEPTREJECT
Manage consent

This website uses cookies to improve your experience while you navigate through the website. Out of these, the cookies that are categorized as necessary are stored on your browser as they are essential for the working of basic functionalities of the website. We also use third-party cookies that help us analyze and understand how you use this website. These cookies will be stored in your browser only with your consent. You also have the option to opt-out of these cookies. But opting out of some of these cookies may affect your browsing experience.
Necessary Always Enabled
Necessary cookies are absolutely essential for the website to function properly. This category only includes cookies that ensures basic functionalities and security features of the website. These cookies do not store any personal information.
Non-necessary
Any cookies that may not be particularly necessary for the website to function and is used specifically to collect user personal data via analytics, ads, other embedded contents are termed as non-necessary cookies. It is mandatory to procure user consent prior to running these cookies on your website.
SAVE & ACCEPT

Are you ready to test your ability to buy?

See how well you can buy one product by hand as a warehouse distributor.